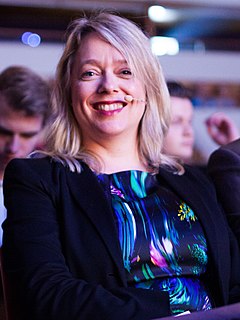 Agnes Henriëtte Mulder is a Dutch politician serving as a member of the House of Representatives since 2012. A member of the Christian Democratic Appeal (CDA), she was previously elected to the municipal council of Assen from 2010 until 2012, where she chaired the party group. Mulder started her political career as a member of the States Provincial of Drenthe, a position she held from 2003 to 2010.